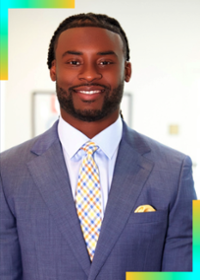 Johnathan Cyprien is an active, Haitian-American, football strong safety in the National Football League (NFL) and is currently a free agent. He was originally drafted by the Jacksonville Jaguars 33rd overall in the 2013 NFL Draft, becoming the highest draft pick in Florida International University history.

Cyprien has played 79 games and started 71 of them since joining the NFL, and in 2016, he led all NFL safeties with 126 tackles. At the start of the 2017 NFL free agency period, the Titans targeted veteran leadership in the secondary and brought the four-year veteran to Nashville.

Born and raised in North Miami Beach, Cyprien attended FIU, where he was First Team All-Sun Belt in 2012 and a highly touted draft pick. He still lives in Miami in the off-season and continues to give back to the community that raised him.

In 2015, Cyprien started the CypSquad ARY Foundation to benefit programs for at-risk youth in less fortunate communities. He holds an annual youth football camp at his high school in North Miami Beach and provides backpacks for students. He also hosts fundraising events that allow the community to enjoy themselves for a good cause. While playing for the Titans, Cyprien served as the youth football ambassador for the Music City Bowl in Nashville, mentoring and leading the future of the game he loves.

Cyprien is also CEO of Inside the Cage, an organization dedicated to cultivating and facilitating player collective and name, image and likeness (NIL) opportunities for 1,000 FIU student-athletes by 2025 to ensure they have the platform, resources and support to be successful during and beyond college.

Off the field, Cyprien has a career in real estate, owning and renting out more than a dozen properties in Michigan, Jacksonville and Miami. He is also working on a fashion career, modeling for both commercial and high-fashion spreads. While playing for the Jaguars, Cyprien was part of Jacksonville’s Dreams Come True foundation.