Florida earlier this year became one of the first states to pass a law that gives college athletes the right to earn compensation for the use of their name, image or likeness, often referred to as NIL. The National Collegiate Athletic Association this month followed suit by announcing it would allow nearly half a million student-athletes around the country to do the same, opening the gates to professional sponsorships for the first time. As collegiate sports enters this brave new world, questions are swirling about the potential impact of the move. 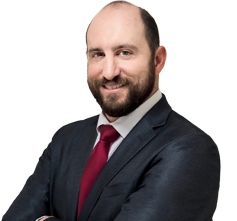 Alumnus Adam Wasch JD ’09 is a founder and the managing partner of Wasch Raines, a law firm that counsels business and franchise clients about NIL deals with college athletes and advises college athletes about engaging in such opportunities. He shares insights into what the new policy means in practical terms and what student-athletes and their schools, as well as fans, can expect.

FIU News: The ability to earn money from one’s name, image or likeness precisely because of an association with a collegiate team really changes the student-athlete landscape. How did we get here?
Adam Wasch: I think it’s just fairness. The NCAA and schools have made billions of dollars over the years on the backs of college athletes who, on some occasions, are risking life and limb for the financial benefit of their school. I think we are at a point where the cries have gotten loud enough to force schools to allow their student-athletes to earn compensation on their NIL. It also helps that the Supreme Court weighed in and very clearly stated—in the case of NCAA00 vs. Alston—that there was going to be a new age in college athletics.

What about all those millions and billions the NCAA and others—such as schools and broadcast companies—have made off student-athletes’ performances? Does this open the door to such pay?
I think that would cross a line, as we’re still dealing with traditional amateurism. The play-for-pay situation could be the next step. But, for now, for the athletes who are on the fence about whether to go pro or continue with their collegiate careers, this ruling gives them a right to make some money. From a legal perspective, the ruling opens the door to allow college ahtletes to build their own brand to make as much as they can through NIL deals. At the end of the day, could we see a play-for-play scenario? I’m sure there will be a push for that.

What are we really talking about for the average student-athlete?
I see opportunities in social media. My business clients are looking to college athletes to promote their restaurant or product through social media platforms. One of my clients is looking to expand its sports equipment line by giving student-athletes an affiliate link to share and from which the athlete would benefit on any sales. That’s one avenue for companies to utilize the platform of a college athlete. I could foresee the bigger-name, Division I college athletes getting paid some substantial money to attend events and business openings, that sort of thing, but I think most college athletes will find opportunities through social.

Some argue that student-athletes already have full or partial scholarships and, sometimes, even campus housing and board. Why go this paid NIL route?
I would just say, why not? High-profile former college athletes like Johnny Manziel, Tim Tebow, these guys could have made millions at the college level, which, in Manziel’s case, could have set him up for the future. The schools certainly profited from those guys helping sell jerseys and more. These athletes are adults who deserve to make money where they can. If everyone else is profiting from their efforts, then they should too.

So for those who don’t go pro—and 98 percent will not—this might be a chance to build early financial security.
Absolutely. We’ve seen over the decades that some well-known and talented college athletes have not gone through to the pros, and certainly they missed that opportunity to build a financial nest egg for themselves during their four years in college.

Are there any limits on the types of companies with which student-athletes might be able to make deals?
Most schools have developed a NIL policy. Schools are including restricted classes of companies, like tobacco, alcohol in those policies. Also, students can be prohibited from deals with exclusive partners and sponsors of the college. College programs that were ahead of this have already developed NIL disclosure compliance software. The school is saying, hey, student-athletes, you can go get these deals, but we need to know about them right away. The student-athlete gives the school the opportunity to confirm that a particular company or product does not fall within a restricted class and doesn’t conflict with any exclusive partners or sponsors. This is all about communication.

Student-athletes are way-busy. How time-consuming will it be to secure deals?
We live in the era of the smartphone. Student-athletes are on Twitter, on Instagram, TikTok, Snapchat. Businesses are reaching out to them already, saying hey, sign up, we’re ready to take you. Barstool Sports, for example, has signed up 50 college athletes that likely no one has ever heard of—until they get blasted out on Barstool’s social platforms. From a student perspective, I think they’re going to find their path. It’s really up to them. If you don’t have time to really get out there and promote and sell, you’ll earn a little bit. But if you want to make this a job, you earn more.

What kind of support would these young people need as they navigate dealmaking?
Florida requires that each post-secondary institution in the state conduct a financial literacy/life skills workshop at the beginning of the athlete’s first and third academic years. I think other states have similar requirements. But I think schools are also encouraging student-athletes to get a lawyer or business advisor to assist with negotiations. No one should sign contracts that they don’t understand. I would recommend that these athletes get someone that they trust, that will be able to review these marketing deals and make sure that they are not only beneficial to the athlete but compliant with the school’s policy.

Do you think schools will hire somebody to review such deals for students?
I think there’s going to be a separation. There has to be because schools aren’t going to serve as the athletes’ lawyer. I heard John Calipari speak on Clubhouse about encouraging student-athletes to find representation and counsel in these deals. There should be a collaborative effort to ensure compliance and that the student-ahtletes are not going beyond what they should be agreeing to as young people. But I also think the schools are going to advise their students to make sure that you have someone that you trust to help you negotiate the legalities of these NIL marketing deals.

Is there a risk students could get distracted by this and not earn a degree?
From what I’ve seen, I don’t think so. I think it could have the opposite impact. It might discourage students from going pro early. Bigger-name athletes who might have an ability to profit from NIL might be encouraged to stay in college rather than risk entering, for example, the NBA draft and not getting picked. We’ve already seen that happen.

Will student-athletes in high-attention sports such as basketball and football have the best chance to land NIL opportunities, or will this policy favor athletes from every sport equally?
I think the focus is going to be more on the marketability of the player versus the sport. I think there are opportunities for athletes at smaller schools and in lesser-known sports or lesser-marketed sports to capitalize on this because they represent a demographic that a lot of businesses are interested in. If a college athlete has already started to develop this following and marketability, then companies are going to gravitate toward those players regardless of their sport.

What’s the next step in this evolving landscape?
I think there’s eventually going to be federal legislation that gives college athletes these same rights across the board. Uniformity is what advocates are looking for, and colleges too. Schools that are in states with laws, such as Florida, for example, are bound by those state statutes. But the Supreme Court is very clear that in states that don’t have these laws, the student-athletes are not to be prohibited from earning compensation through NIL deals.

And finally, what impact, if any, will this have on fans?
Fans will be excited to see their favorite college athletes in media spots and other marketing channels. Even lesser-known college athletes in sports that may not otherwise have much of a following will be provided a larger platform through NIL opportunities to engage with fans and become household names. Overall, I think this new NIL era will be a net positive for college athletes and the college sports fan experience.