With preparations for the presidential inauguration in full swing in the nation’s capital, FIU hosted its first inauguration essay contest for students to win a fully-funded trip to Washington, D.C.

The winner of the contest, Honors College student and international relations major Darlyn De La Rosa, will travel to D.C. for the 58th Presidential Inauguration to experience the city and a week of events leading up to the historical moment. 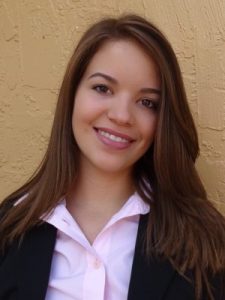 “It’s an honor to have been chosen to experience this monumental and historical inauguration. I’m very excited about the experience,” said De La Rosa after having been notified of her win.

De La Rosa’s winning essay focused on the policy changes to the health care system within the first 100 days of a Trump presidency. Emphasizing the analysis of policy, De La Rosa’s essay took an even stance politically, neither denigrating nor praising either outgoing or incoming administration.

With the help of the Steven J. Green School of International and Public Affairs, the Jack D. Gordon Institute for Public Policy, the Honors College, and Division of Student Affairs, more than 80 students submitted essays focusing on policy changes from the Obama to the Trump administration.

“I was very impressed with the overall quality and the diversity in the essays submitted by FIU undergraduate students. It is evident that our students are thinking critically about a wide-range of administration transition topics, from immigration, health care, and education policies to national security and foreign policy,” said Brian Fonseca, director of the Jack D. Gordon Institute for Public Policy and essay evaluator.

FIU administrators and faculty conducted a blind review of the submissions to narrow down the top six finalists. Of those finalists, another blind review was conducted to determine the winner.

“I had to dive into dozens of articles explaining the how and why of military budgeting over the last eight years and changes that can be expected in the new administration. My previous trip to the FIU in Washington, D.C. office helped me tremendously when I used the contacts I made at the Pentagon and Heritage Foundation to write my essay,” said criminal justice major and FIU in D.C. Fly-In participant Joseph Cabauy, who submitted an essay on the changes in funding to the Pentagon’s budget.

The six essay finalists will be featured in a compilation booklet that will be on display digitally and physically during Inauguration Week.

FIU in D.C. is planning a full agenda of events during Inauguration Week to host FIU alumni, friends, trustees, Florida legislators, and others who will be in town. From Jan. 17-20, the D.C. office will be open to all as a hospitality suite, with special events such as a panel discussion in partnership with the Green School, a watch party and reception.

If you or someone you know will be attending the inauguration and would like to attend FIU in D.C.’s events, RSVP here.