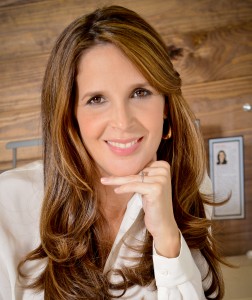 The Florida International University Alumni Association will be presenting Natalie Boden-Kawas ’99 with a Distinguished Alumni award during FIU’s fourteenth annual Torch Awards Charity Gala on Saturday, March 28, 2015. This award recognizes alumni who have brought honor and distinction to the university through their notable record of service and achievement in a particular discipline, organization or cause.

Natalie Boden-Kawas is founder and managing director of Boden PR, a Miami-based, boutique, Hispanic public relations and social media agency. Named one of PRWeek’s 2014 “Top 40 under 40” Heavy Hitters in PR, she has succeeded in building BodenPR into one of the country’s fastest growing U.S Hispanic PR and social media agencies. Most recently, BodenPR was nominated for PR Week’s “Best Multicultural Campaign of the Year” for #ViveTuJuego, a real-time social media and multicultural PR campaign developed for McDonald’s during the 2014 FIFA World Cup. Boden-Kawas is a strong advocate for the empowerment of women and girls, and is a part of Count Me In for Women’s Economic Independence. She also sits on the Latina Advisory Board of Girls Inc., the premier advocate for girls in the U.S. She holds a bachelor’s degree in English literature from Florida International University, studied modern European studies at the University of London and received a degree in French language from La Sorbonne, Paris. Boden-Kawas has an extremely high affinity for FIU and has initiated conversations with university leadership about giving back through support of scholarships, pro-bono PR work and internship opportunities for FIU students.