As a personal injury attorney, Marcos Garcia ’10 defends the innocent and seeks justice for his clients, fighting to ensure they receive compensation for their injuries. Beyond the courtroom, Marcos continues his fight, advocating for the dogs left behind at the Miami-Dade Animal Services (MDAS) shelter.

Marcos is compassionate and down-to-earth; he dedicates his time to volunteering at MDAS, and enjoys photography and connecting with nature, often on his paddleboard with his own sweet rescue dog, Obie, along for the ride.

When Marcos combined his passion for rescue dogs with his love of photography, his volunteer role with MDAS morphed into something more meaningful. Wanting to encourage adoption and help solve the overpopulation problem, Marcos began taking portraits to share on social media. But he knew there was so much more to tell. Marcos shifted his photographic approach and began documenting scenes at the shelter, revealing the often untold and dark realities endured by so many of these lovable dogs.

Recently, his images were featured on the New York Times photography blog, Lens. He hopes his series will reach a broader audience, inspire more rescues, discourage breeding and ultimately, save lives.

Read on for our Q&A with Marcos to learn more about his years at FIU and his desire to help those who need it most. 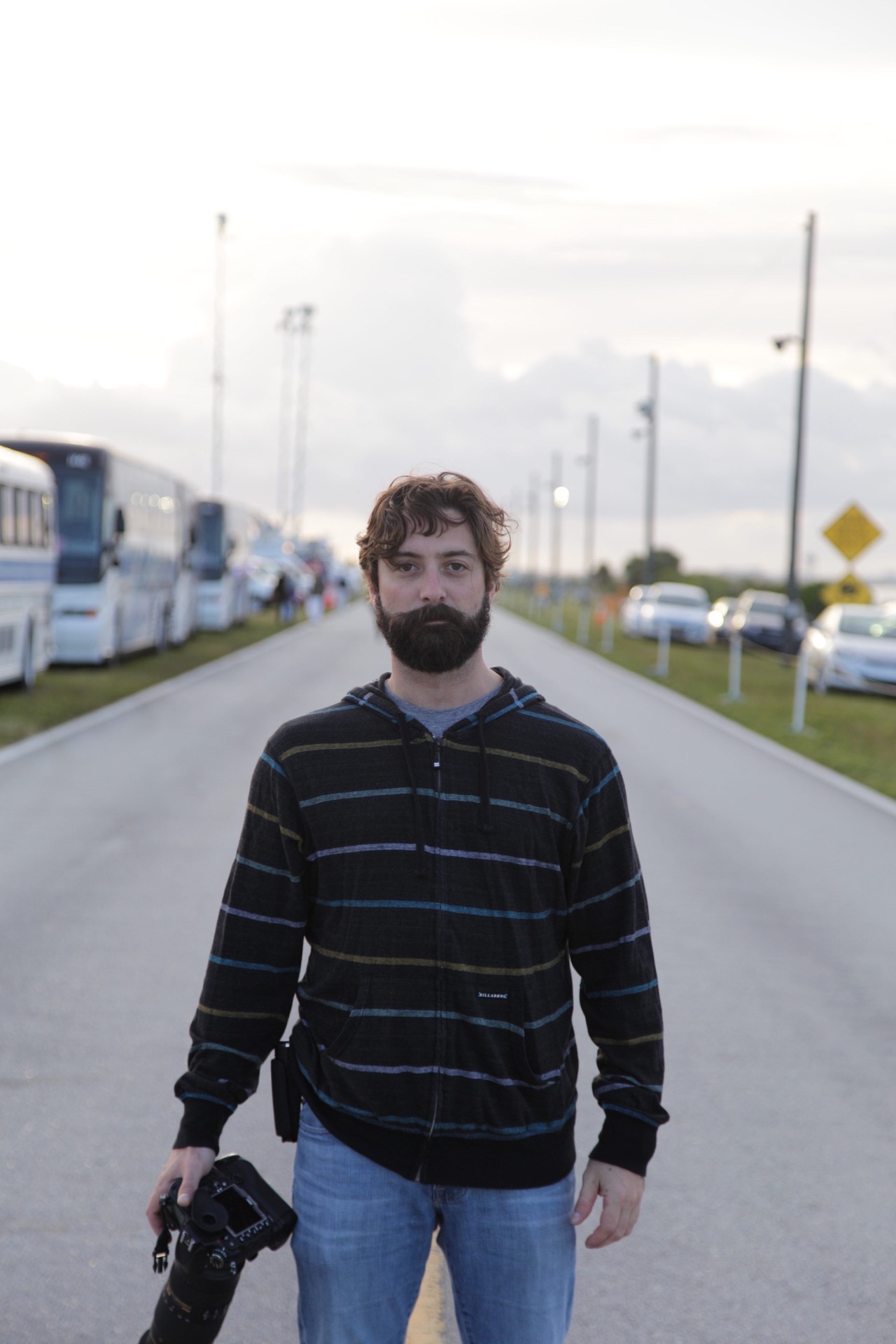 Tell us about your years as an FIU student. What were your goals? What obstacles did you face?
Law school is tough. The people who go to law school are smart and generally ambitious, so making the decision to attend is a gut-check moment. My first month was daunting, but after a while, I settled in, went with the flow, and tried – TRIED – to enjoy the ride. Law school can be a consuming experience. I went to FIU College of Law’s night program so it wasn’t as all consuming as it could have been, thankfully. My peers in the night program were older than the usual law student demographic, which also made for a more grounded and, dare I say mature, law school experience.

Law school is a seemingly endless series of obstacles, the most difficult of which is one’s first year. I was lucky enough to survive my first year thanks to the help of the friends I made there, many of whom I am still in contact with today. My goal in going to law school was, simply, to graduate and pass the bar. After that, I had zero idea what I wanted to do next. I dropped out of high school, so graduating from law school and passing the bar was a capstone moment for me academically. I was raised by a single mother. She was a Cuban exile, who, like so many other Cuban exiles, sacrificed so much so I could have a great education. Graduating from law school was not just something I did for myself – I also wanted to honor the sacrifices my mother made for me.

Tell us a little about your career journey and how you ended up where you are today.
I have been practicing law at my firm, Rubenstein Law, since shortly after taking the bar. I’ve been here for almost six years. I’m a plaintiff’s lawyer and practice personal injury. Growing up, my mother instilled in me a deep sense of social justice and I believe few occupations in America have more power to effect social justice than that of attorney. To be armed with the power to persuasively articulate complex issues in minimal terms while remaining truthful and faithful to the constitution is as much a privilege as it is an art, and nowhere in the world is this privilege and art better executed and more sophisticated than in America.

Every day, I have the opportunity to see that justice is served for someone who has suffered a loss. We have a beautiful justice system in America. If someone has done wrong by someone else, then – depending on the level of intent and the seriousness of the wrong – they will pay with their money or their liberty. I am on the money side of things. I make sure my clients receive compensation for their injuries. After criminal law, I believe personal injury plaintiff’s practice is one of the highest forms of justice in our system.

Did FIU support you in meeting your career goals? If so, how?
FIU Law gave me the fundamental tools I needed to do my job, no question. The guidance of a professor, Joni Armstrong Coffey, who is now the Broward County Attorney, helped lead me to personal injury. The network I formed at FIU Law has been indispensable to my success. My education at FIU Law was excellent, but the relationships and friendships I formed while there have proven to be the most profitable.

Can you tell us more about your volunteer work with Miami-Dade Animal Services (MDAS)? 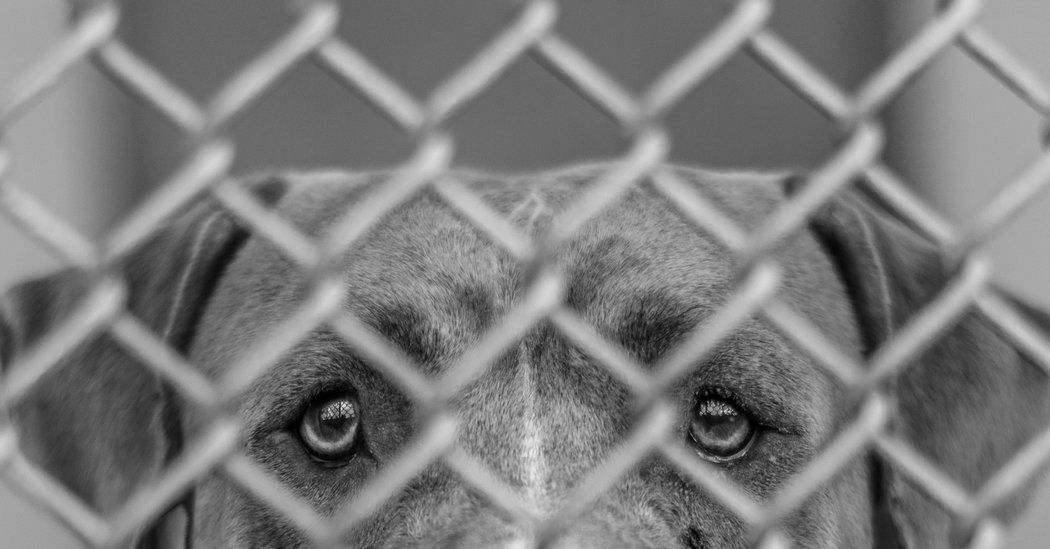 I began volunteering at MDAS almost two years ago to honor the death of a beloved dog named Spenser. I had just taken up photography and decided to shoot portraits of the dogs and share them on social media, like Instagram, in an effort to get them adopted. I quickly found the portraits lacked depth and context. The majority of dogs in MDAS are suffering, yet the portraits did not convey that harsh reality. So my photography began to take a documentary turn. Many animal rights organizations target the shelter because it is a “kill” shelter, meaning that more than 10% of the dogs there are euthanized. They get a lot of flak for it. Once MDAS realized I was on their side, the staff gave me great access with my camera. Because MDAS cannot turn any dogs away, it becomes a matter of space. If one dog too many comes in, one dog must go. It is as sad as it is plain. My photography spanned about 6-8 months of my time there. 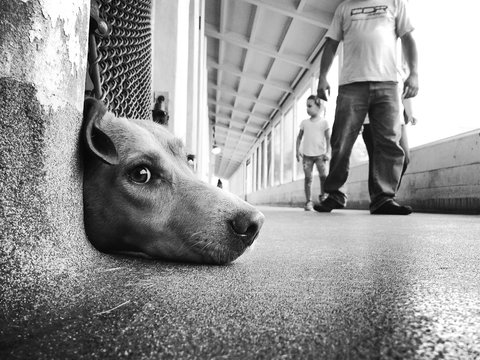 So far, what accomplishments are you most proud of and why?
I am most proud of my photography project because it may help dogs find homes and get out of MDAS or other shelters. I hope the New York Times article, this article, or any other coverage of my project will encourage a person to save a dog rather than buy one. The demand for a dog will be met with supply from either a breeder or a shelter. In the former scenario, one incentivizes the breeding of more dogs, in the latter, a dog is saved and space is freed up for another dog in need of rescue.

As an alumnus, how are you staying connected to FIU and why do you think this is a valuable connection to maintain?
Most of my legal professional network is comprised of FIU alumni and there are several FIU alums at my firm. I maintain strong contacts with many of my former classmates, now colleagues.

Any advice for students looking to get the most out of their time at FIU, both professionally and personally?
Remember that today’s classmate is tomorrow’s colleague, and to treat them both with the same level of respect.