On June 7, 2016, Patricia Arquette spoke at the Women in Technology International Conference (WITI) in San Jose, California. I listened to Ms. Arquette cover many topics near and dear to her heart, spouting off various statistics many of us are already familiar with: Women making less money than men doing the same job, women stuck in poverty with no hope of rising out of it, the lack of public policy and protections for pregnant women, the continuing proliferation of sexual assaults on women and the thousands of rape kits that are discarded every year.

She encouraged the audience to write to Congress to demand they pass the Equal Rights Amendment. She also informed us that “Women are not hot” – apparently even a Democrat in power told her recently. She said it was up to us to make women’s issues important. And she made a few plugs for her friend’s documentary, “Equal Means Equal,” which she indicated will make women even angrier. (Yay!)

She went on to say that it was going to take drastic steps to bring about real equality for women. She pointed out that these necessary steps will feel really weird, shocking and uncomfortable. According to Ms. Arquette, running at our current pace, we will have to wait 40 to 100+ years for the gender pay gap to close. Yep, it won’t be fixed until after we die. That was a statistic I had not heard before. Drastic steps scare people – especially women – whom have been conditioned to be demure, accommodating and nice. So there is a strong chance that no one will do anything. There are so many men in power who don’t care, or don’t notice, and so many women are too afraid to speak up.

I commend Ms. Arquette for using her celebrity influence to elevate these issues. I have often pointed to a lack of support among women as one key factor in why the Women’s Rights Movement has been marching in place for so long. Women, historically, were threatened by the mere presence of a smart, beautiful woman. Why? That woman could win the affections of the man they depended on for food and shelter. So instead of lifting them up, they would tear other women down in self-defense. In the office, if a woman is depending on a man (or men) for a promotion, and they perceive only one woman can be promoted; you have the same dynamic at play. This cave woman instinct is still in many of us. The next time you feel jealous, I challenge you to think about it this way: If you can feed yourself and put a roof over your head, why are you feeling threatened by other women? Seriously?

I work primarily with hundreds of large alumni and professional associations. Their members are college educated and the female members often lament about the difficulties they experience climbing their corporate ladders. They feel like their voices are not heard, their contributions are devalued and they are often over-looked for promotions. They struggle to find mentors and they do not have a male sponsor advocating for their promotions in board meetings.

I know there are some easy ways to enact real change in these types of organizations, which don’t require actions that scare women, like militant marches, political protests or complaints filed to H.R. For kicks, I am giving it an ironic description: “Easy Equality.”

Below are eight actions I do both in and outside of my company to help elevate women (and men) in corporations and associations:

Small items add up quickly. I have been re-reading Malcolm Gladwell’s book, “The Tipping Point.” He cites example after example of seemingly small actions, which produced huge changes that impacted society. You can be a part of great change by taking these small actions. Will you try some of these at your companies today? Do you have more ideas to add to the list?

This post isn’t just a call for women to support women – MEN ARE INVITED to the party, too. There are so many men out there that have been strong supporters and sponsors of women. We love you and are so grateful for your support. You are real super-heroes in our book. We need you now – more than ever. So let’s take action together. The more we lift these smart and talented women up, the more they will actively contribute to the success of our companies and associations. Then everyone wins.

Special Note: I discussed my list with many women at the WITI conference, who felt it was revolutionary. They wished people would do this for them and they planned to take it back their offices. They encouraged me to share with others in the form of a conference session or post. So I wrote the above list on the flight back from the WITI conference and I forwarded to some friends who continued to cheer me on. I planned to post the following weekend. Then the tragic events happened in Orlando. It seemed tone deaf to publish at that time. I hesitated again, because, you know, I needed a nudge.

The White House hosted the United State of Women Summit on June 14, 2016. There were many heavy-hitters present and a slew of topics were covered. They are working to put together policies to help with all of the key issues that Ms. Arquette discussed. As I was polishing up my final edits, I saw that Sheryl Sandberg and LeanIn.org have released a #LeanInTogether campaign, which encourages women to help women. They published a list of ways you can support women. I firmly believe in a universal consciousness and I am encouraged to see similar concepts being so widely shared. This means the momentum is building and we are on the verge of something spectacular. I am excited to be able to add to that conversation and hope you do, too. Let’s keep the dialogue going, but most importantly, let’s commit to taking these small actions every day that bring about real change now. 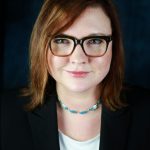