Teaching is more than just assembling a series of best practices that are expected to lead students to perfect standardized test scores.

According to an article published by Assistant Professor James Burns, who joined FIU’s College of Arts, Sciences & Education faculty in January, teachers should be lifelong learners who inspire their students to take a critical view of the world around them.

Teachers and teacher educators can do this by: 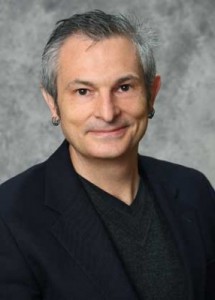 According to the study, policy makers have instituted a wave of educational standards and increased standardized testing across the board since the 1970s, leaving little room for students and teachers to do anything other than follow prescribed lessons that have reframed education as workforce training.“When we look at education as if it were a consumer good that we purchase to get something else, we’re thinking of it as a private benefit rather than a public good,” said Burns, who earned the Distinguished Research in Teacher Education Award from the Association of Teacher Educators due to his work on “Countering the Essentialized Discourse of Teacher Education.” The work was published recently in the Journal of Early Childhood Teacher Education.

“This view of education is very reductive – it resembles to me a regime of discipline,” he added. “What kind of adults will we produce if we’re churning out children like they’re cogs in a machine?”

Teacher education has failed to consistently challenge that trend and the assumptions behind it, Burns said. Theorists from John Dewey to Paulo Freire have warned that instrumental education ultimately creates adults who lack the critical consciousness necessary for a vibrant democracy – such as empathy, compassion, and commitment to participatory public values.

Increasingly, states and the federal government have relied on standardized tests to determine school funding and, now, teacher pay.

Even higher education is not immune. According to the National Conference on State Legislatures, 32 states, including Florida, have instituted a performance-based funding model for colleges and universities and five more are in the process of developing a performance-funding system.

Burns and his colleagues argue that despite 40 years of tougher, punitive standards, increased data collection, and the marginalization of teachers, it’s not too late to move away from what they call the “Wal-Marting of teacher education.”

To bring the educational system back into focus, the researchers call on teachers and teacher educators to publicly criticize the minimalist and flawed assumptions they say have driven education policy.

In Miami-Dade County, there’s already a shift taking place. For example, the school district’s superintendent has cut back on more than 300 exams. Nationally, President Barack Obama has called for testing to be capped at 2 percent of classroom time.

Burns, for one, is helping his graduate and undergraduate students develop the mindset of being part of a holistic teaching and learning environment where students can have more opportunities for reflection, inquiry and self-directed learning that inspires creativity.

“What I do in my classroom is use a pedagogy of counter-narrative,” he said. “We devote time to discussing how my students view themselves as teachers, what their values are, what their larger social role will be – but this will be hard work for them to continue once they enter their own classrooms.

“They’ll be under pressure from their schools, and they’re being evaluated by the state, which will use ‘metrics of accountability’ that have nothing to do with truly educating a child,” he added.