Here we are—ready to go into the new academic year full of optimism about what lies ahead. The Roman philosopher Marcus Tullius Cicero wrote that, “The beginnings of all things are small.” But for our academic community, the only thing bigger than the first week of the new fall semester, is graduation day for our students.

Fall at FIU is a very special time. Our campuses come to life as parking lots and garages are jammed, students hurry to classes and our Graham and Wolfe University Centers fill with music, laughter, and the fellowship of a community reunited in a common purpose. Renewal is in the air. There is so much to look forward to.

This year we are welcoming nearly 9,000 new freshman and transfer students and more than 200 new faculty members. You can easily identify them around campus. They are our new residents who may look slightly disoriented or lost in the tumult that is our beginning. If you see them, ask them if they need some assistance—an understanding gesture and warm smile can go a long way to send the message that we are a special caring community and that we get it!

In true Panther fashion we are continuing our tradition of kicking off the academic year with a video that embodies and represents our FIU spirit.  Here is your official welcome to fall:

2015 is a very special year for our FIU because we had another beginning just 50 years ago, when our FIU was chartered. 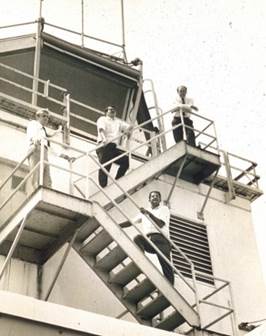 Since our first president, Charles E. Perry, arrived on an abandoned airfield, FIU has spread its wings and taken off.

From our opening day enrollment of less than 6,000 students our Panther family has grown to more than 55,000 students and more than 200,000 alumni strong.  We have prepared generations of students not only to take good jobs but to create good jobs; we have grown into an anchor institution and are a beacon of hope for our community and beyond.

Higher education is in the midst of a profound transformation. Every facet of education – what is delivered, how it is delivered, to whom and at what cost – is under scrutiny and impacting change within and throughout every university. This has opened up unprecedented opportunities for universities to rethink how best to educate the next generation of leaders.

Florida’s public university system, like in other states around the country, operates under a Performance Funding Model, marking a definitive move toward increased accountability and efficiency.

This new approach to funding is output based. The Board of Governors (BOG) Performance Funding Model has nine metrics on undergraduate student success outcomes and one metric on percentage of graduate degrees in areas of strategic emphasis. Universities are ranked and can potentially receive (or lose) funding based on their score using the BOG model. 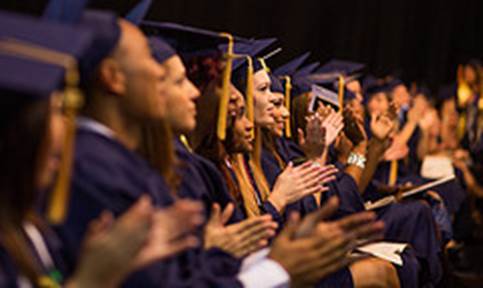 I am happy to report that in the latest round of performance based funding results, FIU tied for third among the other SUS institutions, earning 39 of a maximum of 50 points. FIU made particular gains in both the number of bachelor’s graduates employed full-time or continuing their education (up 5 percent) and increasing the percentage of students who enter their second year with a 2.0 GPA or higher (up 4 percent).

But every year, there are new rankings and fresh funding based upon the performance of the previous year.  We cannot rest on our laurels because we expect continuous improvement and funding is driven by how well we do in this improvement!  That means that we must take ever-more seriously the delivery of our product and the progress of our students!

Preparing Students for the World of Work

To be competitive in this state, and to do right by our students, we are committed now more than ever to building a strong culture of student success here at FIU. We believe that every one of our students is poised for greatness, and that their victories are our community’s victories.

And that starts with making sure that our students find meaningful employment upon their graduation.

We love the fact that our FIU graduates command higher salaries than graduates of any other university in the State University System!  And they are employed or attending graduate school at higher rates as well.

We are giving our students the skills they need:

Our FIU continues to receive national recognition and accolades. Here are some highlights from the past year:

We are also partnering with other Florida universities to help more students graduate from college while boosting economic development across our state.

Along with the University of Central Florida and the University of South Florida we have created the Florida Consortium of Metropolitan Research Universities (Metro U), which aims to produce more career-ready graduates with lower debt, better training and adaptable skill sets.

Our FIU is also deeply involved locally. We see ourselves as a force for good.

For the South Florida economy to continue to grow and thrive, talented and highly skilled college and university graduates must be able to find the quality, high-paying jobs they desire.

To retain the region’s “intellectual capital,” we have teamed up with local academic and economic development institutions to provide students with meaningful work experience in key, targeted industries.

The Talent Development Network (TDN) is based on the Beacon Council’s One Community One Goal Targeted Industry Strategic Plan and focuses on creating paid internship opportunities for high school and college students.

Here’s a video on the work we’re doing with TDN:

We know small businesses that learn to compete effectively and globally pay better wages and are better equipped to deal with the rapidly changing marketplace.

FIU has partnered with the U.S. Small Business Administration (SBA) to create a Small Business Development Center, housed at FIU Downtown on Brickell.

The Florida SBDC at FIU team has assisted more than 900 entrepreneurs and small-business owners, has helped launch more than 21 companies, and given local businesses access to more than $8.6 million in capital.

The SBDC at FIU also has helped create or retain more than 200 jobs.

FIU as a Solutions Center

At FIU we are helping build our community, and finding solutions to our community’s most pressing issues. The work we do has an impact and makes a difference. 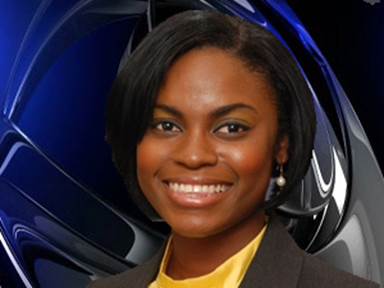 South Florida ranks as one of the world’s one of the most vulnerable urban region in terms of assets exposed to the effects of sea level rise.

This is why FIU has launched the Sea Level Solutions Center to help people understand, adapt and persevere.

The center combines expertise in the natural, physical and social sciences, along with architecture, engineering, computer sciences, law, communications, business, health and tourism management to develop long-term strategies in the face of rising seas. Without question, FIU’s Miami location will be key in advancing the center’s mission.

Here is some of the work they have already done:

Developing Africa’s Next Generation of Leaders

For the second year in a row, FIU was the only university in Florida to host a select group of emerging leaders from Sub-Saharan Africa. The group came to FIU over the summer as part of President Obama’s Mandela Washington Fellowship for Young African Leaders and lived at our university, where they participated in a public management curriculum. Their work at FIU will ultimately help them advance the community-focused work they do through governmental offices, ministries and non-governmental organizations. 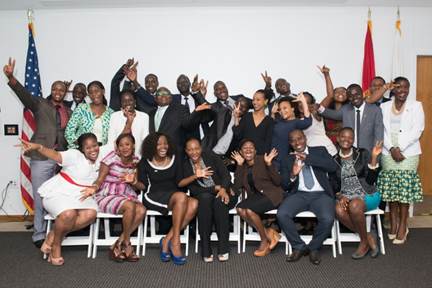 For the first time this year, the fellows were also connected with peer collaborators — young leaders in Miami that have been identified through various sources, including a collaboration between FIU and The Miami Foundation.

The U.S. government recently re-established diplomatic relations with Cuba. This action, together with the removal of Cuba from the State Department’s list of countries that sponsor terrorism, removes the prior limitations on FIU and other public universities in Florida to use university dollars to travel to Cuba.

The Office of Faculty and Global Affairs, shared more on this development and its implications for faculty engagement with colleagues on the island; research and educational programming; and study abroad trips, in a recent memo.

We have come this far thanks to hard-working students, world-class faculty, dedicated staff, successful and steadfast alumni and the support of our donors and community. All of them are telling and living the FIU story, helping us to truly become one of the world’s great universities.

This is still only the beginning.

The FIUBeyondPossible2020 Strategic plan is our bold blueprint for building a world class university for the 21st century.

We are preparing our students to graduate in a timely manner so that they can launch successful careers.  We will build on the unique programs that have enhanced the FIU brand throughout the world.  We will reach the next level in research and creative activity.  We will make FIU a leading urban public research university.

This is our Next Horizon

Just a few weeks ago, we held our summer commencement in which a record 3,620 students graduated. Throughout the six ceremonies inspirational stories of love, perseverance and determination were heard through the corridors of our arena.

Looking back on that day, I saw a picture that caught my eye. A graduation cap that read “Be the Change.” 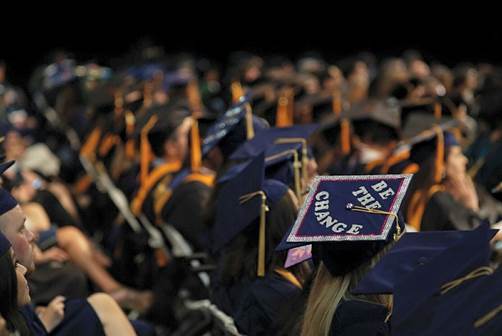 Taken from the popular saying, “Be the change that you wish to see in the world,” this simple phrase has so much meaning.  Lead the way, inspire others. This embodies the values that represent our FIU!

FIU is blazing a trail.  We are taking responsibility.  We are making an impact.  I am proud to be part of such a great institution and excited for what’s to come.

Now we get a chance to begin again.  This is big….