Luis Masieri ’13 can’t stress its importance enough. With his active involvement at FIU, Luis was able to network, leave his mark on our university and open up doors that affected his future for the better.

As a student, Luis was a member of the Honors College and later became a Student Ambassador for the FIU Student Alumni Association. During his 3 year tenure as an Ambassador, he had the opportunity to expand his network by attending the Torch Awards and frequently giving tours to university donors.

He was also an active member of the Student Government Association (SGA), where he grew from his position as intern to the director of student success. It was in that role that he approved funds to enable students to get Microsoft Office for free, represented the student body during FIU’s chief information officer search and assisted in fundraising for the First Generation Scholarship Fund.

It was through his SGA involvement that he also met Hector Mujica ’11. 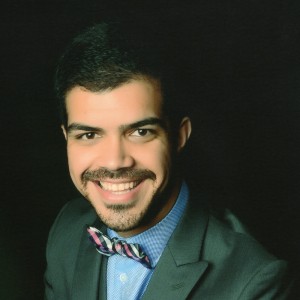 He didn’t know it at the time, but months later Mujica would play a role in Luis landing an internship with Google’s BOLD (Building Opportunities for Leadership and Development) intern program.

Through a recommendation from Mujica, Luis was able to secure two interviews with Google and was later offered the intern position. “It was a life changing experience, at Google I met a girl whose boyfriend worked at Microsoft and similar story…she told me to apply at Microsoft and so I did and got the internship there the year after,” he recalled.

These chain of events all positively lent themselves to get him where he is today, a program manager for network infrastructure services at Microsoft IT.

As a graduate, Luis is now focused on expanding FIU’s footprint in the Pacific Northwest and continuing to give back to his alma mater.

And he hopes to do that by sharing his story with current students.

“I think it’s powerful to know that the son of immigrants who has been in the country for less than 10 years has had [all these opportunities],” he noted. “FIU students, being majority Hispanic, are sometimes afraid to leave “home” as it’s not common in our culture, but if you take a risk and leave Miami great things could happen. It’s not as scary as it seems, and I want [students] to see that.”

He wants you to know that if he can do it, so can you.