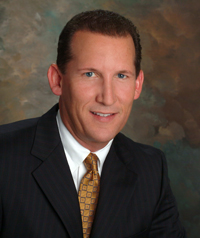 The Florida International University Alumni Association will be presenting Malcolm Butters ’83 with a Distinguished Alumni award during FIU’s fourteenth annual Torch Awards Charity Gala on Saturday, March 28, 2015. This award recognizes alumni who have brought honor and distinction to the university through their notable record of service and achievement in a particular discipline, organization or cause.

Malcolm Butters serves as principal and group president at Butters Construction & Development, Inc., one of Miami’s leading industrial developers. Active in South Florida real estate for over 20 years, Butters previously worked for Travelers Insurance in the real estate investment department. He was named one of the “Top 10 CEOs of Broward County” by the South Florida Business Journal and has been inducted into FIU’s Entrepreneur Hall of Fame. His real estate firm has won the National Association of Office and Industrial Property’s South Florida Chapter “Developer of the Year” award four times, as well as the “Diamond Award” from the South Florida Business Journal. Butters has a bachelor’s in finance from the University of Miami and a master’s in real estate from FIU. Most recently, his company completed construction of the distribution center for Amazon in Miami, the largest industrial deal in Miami-Dade in 2014.