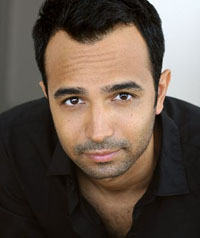 The Florida International University Alumni Association will be presenting Andy Señor Jr. ’13 with a Distinguished Alumni award during FIU’s fourteenth annual Torch Awards Charity Gala on Saturday, March 28, 2015. This award recognizes alumni who have brought honor and distinction to the university through their notable record of service and achievement in a particular discipline, organization or cause.

Andy Señor Jr. made his professional debut in the Tony Award-winning musical RENT as “Angel,” playing the role on Broadway, London’s West End, and U.S. and international tours. Later, he became the assistant director to Michael Greif on the RENT revival Off-Broadway and went on to re-stage the production in Tokyo, Japan and the historic production in Havana, Cuba. He holds a Bachelor of Fine Arts in Theatre from Florida International University and further trained at the Public Theatre Shakespeare LAB where he appeared in All’s Well That Ends Well at the Public Theatre. Recently, he worked with Jeffrey Seller as assistant director on the new musical FLY at Dallas Theatre Center and is currently associate director to Jerry Mitchell on the Broadway-aimed Gloria Estefan musical On Your Feet.

About FIU:
Florida International University is recognized as a Carnegie engaged university. It is a public research university with colleges and schools that offer more than 180 bachelor’s, master’s and doctoral programs in fields such as engineering, international relations, architecture, law and medicine. As one of South Florida’s anchor institutions, FIU contributes $9.8 billion each year to the local economy. FIU is Worlds Ahead in finding solutions to the most challenging problems of our time. FIU emphasizes research as a major component of its mission. FIU has awarded over 200,000 degrees and enrolls more than 54,000 students in two campuses and three centers including FIU Downtown on Brickell, FIU@I-75, and the Miami Beach Urban Studios. FIU also supports artistic and cultural engagement through its three museums: the Patricia & Phillip Frost Art Museum, the Wolfsonian-FIU, and the Jewish Museum of Florida-FIU. FIU is a member of Conference USA and has over 400 student-athletes participating in 18 sports. For more information about FIU, visit http://www.fiu.edu/