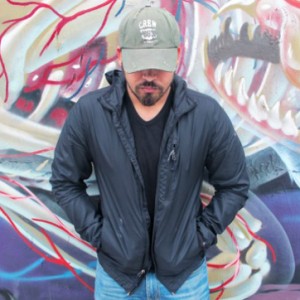 Robert Macias was looking over the food options in the Miami Coral Park Senior High cafeteria one day when he felt a sharp pain. Someone had flicked his ear. The underclassman swung around to eyeball the tormentor, but the kids in line were stone-faced.

So he turned back to the steaming lunch options.

Again he turned around. Again stone faces. Again Macias went back to the mystery meat.

It was another day of high-school hell in the late ’90s. Out of step and awkward, Macias was the son of struggling Colombian immigrants. When everyone else was rocking baggy jeans, he was in tight pants and thick Steve Urkel glasses. His parents were too poor for cable television, so his classmates’ references to MTV or Ren & Stimpy whizzed over his head. He was knocked over in the hallway and poked with an X-acto knife. It got so bad he would pretend to be ill and stay home.

“I hated high school for the first two years,” Macias, now 32 years old, says. “I experienced a lot of bullying.”

What Macias didn’t know back then is that angst and isolation would be the crude oil for the unlikeliest of literary successes. Today, he is known to the wide world by his nom de plume, Robert M. Drake. In case you’re unfamiliar with the name, he’s the Instagram writer whose followers number a million online.

Among them is rapper Nicki Minaj and reality TV star Khloé Kardashian, who made this Bard of Doral famous. His feed (@rmdrk) is a regular Keystone Pipeline of heartache and existential butt-hurt. Aphorisms snapped out on an antique typewriter and then photographed rack up 50,000 to 80,000 likes, with thousands of comments — much of it breathless enthusiasm. “Yes yes yes yes exactly!!!”; “He speaks for me”; “Wow #truth”; “mind explosion.”

Macias regularly stencils his writing on sidewalks and walls around Wynwood. He has also published the book Beautiful Chaos, currently the number four bestseller among poetry titles on Amazon, beating out Edgar Allan Poe (7), Walt Whitman (8), and Allen Ginsberg (9).

Poe, Whitman, and Ginsberg get better reviews from the critics, though.

“[Macias’] poems seem like those of a very young and immature fellow who is trying to think hard about life,” quips Chauncey Mabe, former book critic for the Sun Sentinel and a certified member of the local literati. “It’s Hallmark card level. Only really, really depressed Hallmark cards.”

But Macias’ emo lines are clearly doing something for readers. Maybe it’s because he mines first-person pain like a millennial Emily Dickinson. Or like a Tumblr-ing Wordsworth, he seats intuition atop reason. “Forever does not seem too far away,” Beautiful Chaos opens. “Sometimes it is after we have lost someone when we learn to love.”

And simile is a sharp shiv in his hands. “She was a lot like the ocean,” he writes, “a lot like the wind and a lot like the stars.” There are big-picture ideas that could easily make a million dollars in his work — by marketing to college students for their dorm room walls. “Maybe all the broken dreams and empty promises the world offered are just reflections of what is within us. Maybe one day we will learn to accept ourselves for all the faults sleeping beneath the footprints we leave behind.”

“Brilliance,” “beautiful,” “feel,” “dreams,” “love” — warm and fuzzy words are all over the work. Hemingway probably wouldn’t have had a stomach for it. Nor would a virtuoso master of irony like Vladimir Nabokov. They likely would have considered R.M. Drake just too damn earnest.

And they wouldn’t have been that far off base. Settling into a seat outside Panther Coffee in Wynwood one recent afternoon, Macias adjusts his baseball cap and pulls a jacket tighter over a Wu-Tang T-shirt. He is of average height and build, with a thin beard ringing a mouth wired with braces.

“People think because of all the celebrities who follow me that I’m some guy who lives in Beverly Hills and drives a Ferrari,” he says. “It’s weird.”

Chatty and cheerful, his demeanor doesn’t jibe with the emotional upheaval that jumps off his pages. But Macias confesses he shares his narrator’s moody blues. “I feel so detached from the people who are close to me,” he admits. “There’s a lot of baggage and darkness.”

Macias was born and raised in Miami, the youngest of three kids. Dad was a maintenance man at Jackson Memorial Hospital. Mom worked in a factory.

“We were very poor,” he says. “I remember in elementary school, there was always a book fair every year. I’d see all the other kids getting books. My parents couldn’t afford it.”

By the age of 7, he was writing adventure stories based on the Spider-Man comics he read or Teenage Mutant Ninja Turtle episodes he caught on TV. “I would just write my own segment,” he explains, “and then I would actually draw it.”

He kept writing and painting through those painful high-school years. Eventually, he got into hip-hop, graffiti, and break dancing, pursuits that helped him shed his nerd status.

Then he landed in an English course at Miami Dade College where he became acquainted with Steinbeck, Woolf, and Sartre. Camus’ The Stranger really grabbed him. “It was just one of those stories where it was very simple,” he says, “but if you weren’t paying attention, you missed the story.”

He paid attention to not only Camus but also painting, sculpting, and music before earning a fine arts degree at Florida International University.

In October 2013, Macias launched his Instagram account as a way to beam his writing to the world. He pecked chunks of prose from a notebook on an old typewriter picked up from an antique store, then shot pictures and hit the upload button.

“I wanted to do something where even if it had my name clipped off, you’d know it was mine if you followed my work.”

“And our love was like gravity,” one early piece proclaims, “two objects in the universe drawn to one another… forever.”

He also began stenciling his words across Wynwood. With cardboard and a can of spray paint, he covered the neighborhood — about 50 stencils between 11 inches and two feet wide. He purposely tagged the sidewalk, figuring it would be less likely to be removed.

“Ultimately, as an artist, that’s one of the goals,” he says. “You want people to see and critique it. I put my work out there to the point where it’ll be very hard to ignore who I am.”

“Maybe love was meant to save us from ourselves,” says one of his street prints.

But Macias went viral thanks to America’s reality TV princesses, the Kardashians. In 2014, he had about 40,000 followers. Then Khloé Kardashian began relentlessly reposting @rmdrake on Instagram. Like a cell exploding from radiation exposure, the account ballooned to 150,000 followers overnight, Macias says. Soon BuzzFeed was dissecting the reposts, wondering if Kardashian wasn’t using Macias’ work to hint at her sinking marriage to Lamar Odom (“because sometimes the people we need to save us/are really the people that need the saving for themselves”).

From there, the numbers have just been growing. He recently crossed the million mark on Instagram; his Tumblr has about half that. He nabs about 25,000 new followers a week on Facebook and Twitter.

“I think when someone’s sitting there on their phone or computer,” he says, “they feel captured by it. It resonates.”