Luis G. Brignoni ’08 has made it his personal life mission to provide Wynwood Art District and Miami with locally brewed, quality beer. This graduate of the FIU College of Business is the proud founder of Wynwood Brewing Company and celebrated the grand opening of his first taproom last December.

But how exactly does someone get started brewing his or her own beer? Luis explained he actually began brewing while he was still a student, “My father gave me a Mr. BeerKit for Christmas in 2006. It’s a basic Homebrewing kit. I started brewing with my roommate, also an FIU grad, as a way to save money on purchasing beer. From there it just grew into a passion and a slight obsession.” 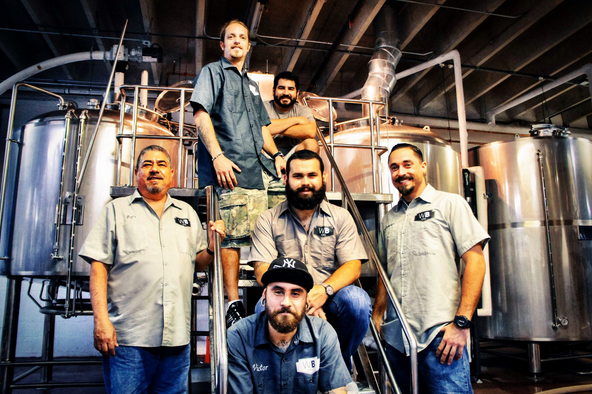 When asked about his time at FIU, Luis explained just what an important role FIU played in the shaping of his current life, “My years at FIU were excellent. I had a great time. I had some excellent professors in my business courses. Overall, FIU helped me become a well-rounded individual. From Marketing to MIS to Financing, it gave me the tools necessary to get to where I am today. Tim Birrittella was great in giving me some advice as well as his partner. They opened the doors to my idea and gave me some great direction in getting my project off the ground.”

Luis’ connection with FIU goes deeper than just academic. When asked what his best memory of FIU is, Luis responded simply, “Meeting my wife of course. We were part of the American Marketing Association together and that’s where we met.” 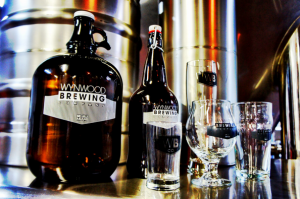 Luis and his team, which includes his father and another Panther alumnus, have big plans for Wynwood Brewing Company, “We’re growing rather quickly. We went from three guys to now having a team of 10. Within six months we tripled our current capacity; we just hit our one year mark and have released our first bottle. We are looking at doing packaging by mid of next year and are projecting to grow our team to close to 20 by the end of 2015. We have some big plans and are really excited to be the City of Miami’s first production craft brewery.”

In regards to any advice he might have for current students, Luis had the following to say, “Follow your dreams and work hard for what you want.”

Recently, Luis furthered his relationship with FIU by bringing in Wynwood Brewing Company as one of the Alumni Association Roar Lounge sponsors, where the guests were able to experience a delicious sampling of local brews.

Missed experiencing the sponsors at our first Roar Lounge? No problem! Catch Wynwood Brewing Company at the last Alumni Pre-Game Party of the 2014 Football Season being hosted on October 18. Visit FIUalumni.com/roar to learn more.