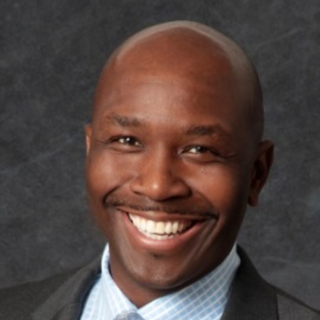 Mr. Dwayne A. Bryant graduated with dual degrees in Finance and International Business  in 1993 from Florida International University after earning a four-year academic scholarship. Upon graduating, he embarked on a sales career with Johnson & Johnson. While managing a multi-million dollar territory with J&J, Mr. Bryant served as a role model in the Miami, St. Louis, and the Chicago Public School systems. Mr. Bryant resigned from J&J at the height of his successful career to incorporate Inner Vision International, Inc.

Inner Vision's mission is to motivate, educate and inspire individuals to achieve their maximum potential in both their personal lives. Along with his team of experienced educational consultants, designed and implemented, “The Vision®”, a highly effective twenty-seven week Life Management Skills (Character Education) Curricula for various Chicago-land Public School Systems. As a result of its powerful curricula and trained educational consultants, Inner Vision has proven the direct link between increasing a student's self-esteem and his/her academic achievement.

Mr. Bryant also serves as the host and keynote speaker for a number of teen summits, webcasts, parenting conferences and other high-profile special events sponsored by the Chicago Board of Education, Matteson School District 162 and the City of Chicago. In addition, Mr. Bryant has developed and executed motivational workshops, seminars and keynote addresses for numerous organizations including: Ameritech, AT&T, Johnson & Johnson, Burger King, The Department of Employment Services in Washington DC, Burrell Communications, the Bermuda Department of Tourism and a number of national and international colleges and universities.

His unique hands-on style to motivating an audience is highly interactive, and has received overwhelming positive responses throughout his presentations. In addition to inspiring audiences both nationally and internationally, Mr. Bryant has appeared as a guest on the Oprah Winfrey Show three times, with best-selling author IyanlaVanzant.  He also served for two consecutive seasons as the host of the weekly multi-cultural quiz show, "Know Your Heritage", which aired each Saturday on UPN — Chicago. Mr. Bryant also served as a correspondent for NextTV, which aired on FOX Network on Sundays.

Sought after for his uncanny ability to capture the attention of his audience and motivate change, Mr. Dwayne Bryant is one of America's most dynamic motivational speakers and his thoughts on FIU, “My alma mater prepared me to be successful in life.  All of the leadership opportunities gave me the confidence and certainty that I could accomplish what I set out for.  It also let me know that I could work effectively with other cultures and ethnicities and can be selected as a student leader and a person of excellence.”